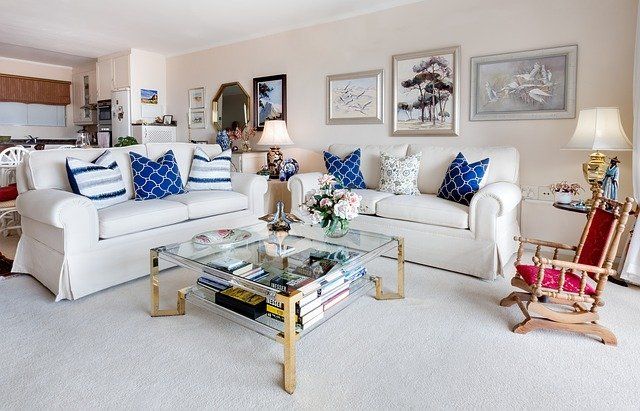 In nature, ionization of air occurs naturally, most acutely felt in coniferous forests, mountains, and the sea. This process is initiated by lightning discharges, cosmic and ultraviolet radiation, the high rate of water crushing at the foot of waterfalls, and a number of other factors. In an apartment, a similar effect can be achieved with an ionizer in air purifiers or other equipment with this function.

Should I use the ionizer on my air purifier?

The most common ionizers produce only cations (positively charged ions). They do a significant role in cleaning the breathing area in our room. As most airborne microscopic particles are positively charged as well (thanks to everlasting electrostatics in modern homes), they are attracted by cations. As a result the heavier particle is formed and so gravity power becomes enough to make it down on a surfaces. So ionization is important part of air purification and most important is that it is done outside the air purifying machine that cleans our breathing area from harmful contaminants around, and not only inside filters. This is why the major players of the air purifying market offers their top air purifiers already equipped with ionizers in addition to a filtration system. Such a system is safe and more effective than just a filters.

Although we have to remember that our bodies need not only cations, but anions as well (negatively charged ions). Anions restore immunity, improve overall health and create a pleasant, light atmosphere in which it is much more pleasant to live. And as indoor air contains much less useful anions than outdoor air, we recommend to use the air purifiers with bipolar ionizers, which produce both cations and anions. For instance, the average content of anions in 1 cubic centimeter of the modern indoor premise air is 40 - 50 units, while outside your room, even in the city it is on average about 100-200 units. It comes to about 700-1000 anions in open air fields outside the city and over 5000 anions in mountains or valleys. You may find more information about anions here: Advances in Research of Forest Air Anion

If you’re looking for an air purifier with ionizer, which is a wise decision for a family with small children, or asthmatics, or people suffering from allergy, it is better to buy an air purifier with a HEPA filter. Among the filter-based air purifiers, the devices with HEPA filter are able to most effectively rid your home of dust, plant pollen, pet dander, and other tiny allergens and harmful particles that are very harmful to the health of children and adults, as long as you replaces filter regularly and in time. If you forget to do so, your HEPA guard becomes an enemy as it starts to spread in the air the most dangerous PM 2.5 harmful airborne microparticles, as soon as it’s overflowed!

How to avoid this imperfection of filter-based air purifiers? Find your filterless air purifying system. Yes, it really exists!

The savier for allergy sufferers and asthmatics, as well as in situations where you are bothered by unpleasant odors is the photocatalytic system. It is desirable that your air cleaner has a photocatalytic function as well. In this case, it will solve the problem of allergens completely: destroy not only the dust itself but also the organic contaminants that inhabit it - dust mite, mold, fungus, which are also strong irritants. The photocatalytic system can also remove unpleasant odors by decomposing them at the molecular level with help of a very minor quantity of ozone produced aside. You can read more about ionization or Photo Catalytic Oxidation here.

Ionization is especially important in a family with young children. A child with an unprotected immune system often gets cold and sick. And the fault is not only a thin enough coat or yesterday's frost. The more often and for longer the child is in a closed room without airing, the more often he usually gets sick. And the reason is viruses and bacteria, which feel great and multiply in your home - in the very warm air, which you refrain from cooling down with frequent ventilation. Well, you should! То the easiest, fastest and free of charge air purification method is to open your windows and ventilate the room for a short time.

Before you buy such appliances, make sure that the ionization process can be run separately, since the purifier must work around the clock without interruptions. Do not choose cheap models with a poor filter system - anything that such a device does not retain on the filter elements will get a charge and will spread more actively around the apartment or office. Preferably, the purifier model should have HEPA filters and a decontamination function.

Ionizers really fight dust particles, bacteria, pollen, and smoke in the air. Experts recommend installing such a device in the bedroom or office. In addition, ionizers have recently been built into a variety of appliances - for example, hair dryers and refrigerators.

Some experts question the effectiveness of ionizers. Thus, a survey showed that the effect of these devices when purifying the air is not superior to conventional air washers that use standard HEPA filters.

In addition, the disinfecting effect of separately used ionizers cannot be called complete  - it only works on bacteria that are spread in the air with particles of dust or liquid. Moreover, virtually all potentially dangerous microorganisms do not disappear from the room - they appear on the walls or furniture, attracted by ionization, which is why it is desirable to wet clean after each switch on the ionizer in the apartment.

Frequent long time use of ionizer increases static electricity. It is not dangerous for humans, but could be bad for household appliances. And remember that no air purifying devices cancel the need to regularly ventilate the room. Only the complex use of various measures will make the air in your house fresher, safer and cleaner.

Is it bad to breathe ionized air?

There are many disparate experiments, which, depending on the conditions and the method used, yielded different results. For example, scientists from Beijing in 2019 confirmed the fact of the positive effect of ionized air on the respiratory system of schoolchildren. The last study of specialists from several American universities, presented in 2021, showed the risk of increasing the concentration of ethanol, toluene, and acetone.

It is believed that the main benefit of anions (negatively charged molecules) is to increase the activity of red blood cells. There are other, closely related, positive aspects as well:

Sleep becomes deeper and of higher quality. The body has time to rest and recover during the night, so during the day, we feel alert, fresh, active, in a good mood, the capacity for work and concentration increases. A restful healthy sleep not only makes you feel better, but it can also alleviate neuroses, depressions, and other psychological diseases.

Accelerates the metabolism. Accelerated metabolism has a positive effect on weight loss and improves appearance. This process can also help alleviate burns and some illnesses, including bronchitis, pharyngitis, and pneumonia.

As a rule, the benefits also include clearing the room of pollutants present in it. This is not entirely correct. Negative ions do collect some of the harmful substances, but there is no cleaning (if they are not removed, they will remain on the surfaces and then rise back into the air). Although the ability to quickly remove allergens, germs, and other harmful airborne particles from the breathing area of the room does reduce the likelihood of disease (with the timely wet treatment of surfaces).

Which is better, HEPA or ionic?

The choice between HEPA filter and ionizer depends on your needs and the size of the room.

The advantages of HEPA filters:

The typical size of invisible allergens (plant pollen, mold spores, animal epidermis, mite allergens) is from units to tens of microns, they are perfectly detained by the HEPA filter.

But the biggest disadvantage of HEPA filters or to be correctly said - of any filters is the necessity of its regular and timely replacing. If you forgot to replace your HEPA filter it starts to spread contaminants into the air.

In locked rooms, where many of us spend the most of our time, the amount of good ions is ten times less than required by sanitary standards. This causes ions deficiency, which causes many chronic diseases, weakening of immunity, premature aging and in some cases - to a heavy disease.

The greatest technical advantages of using ionizers are:

- ability to clean the breathing area of the room, and not only airflow that is passing via filter;

- ability to work 24/7 for a long time without replacing elements, provided you clean the ionising system properly and in time.

That is why air ionization is so important and necessary, and what it is will become clear from the following information. ionizer in air purifiers of different types, and models are now actively used in:

The answer to the question why ionization is needed is obvious - it helps improve air quality, significantly reduce harmful environmental factors. And this, in turn, reduces the rate of spread of viral infections, hardens the immune system - the body's resistance improves and it is able to resist the action of adverse factors.