Based on data from the World Health Organization, in the past 20 years we have had more than 30 outbreaks of infectious diseases - and we are still in the grips of the most recent one. Worldwide, these annual epidemics are estimated to result in about 3 to 5 million cases of severe illness, and about 290 000 to 650 000 respiratory deaths. This is a large-scale issue which can not be taken lightly. The problem is that we spend 90% of our time inside buildings. We don’t have exposure to the sun with its UV light to kill germs naturally, and we don’t spend enough time in nature with its naturally occurring ionization to clean and disinfect the air that we breathe for us.

Fresh air, as found on the top of mountains or in the freshness of waterfalls, is what our family deserves. So we have to reverse-engineer nature itself. Air particles can be charged positively or negatively using electricity to activate the movement of free electrons in the air space, and by using electricity to elicit Needlepoint Bipolar Ionization, we change the charges of molecules. This makes the molecules stick to their molecules in the air, and gather together in groups until they are heavy and fall down - removing the odors, dust, and other particles of bad things in the air - leaving only freshness.

This means less smells, less pathogens, and less mold in your breathing space. Always having fresh air in your home not only reduces the chances of getting sick from an airborne disease, it also improves your quality of life - especially when you spend 90% of your time indoors. We can’t bring the sun and the waterfall right into your home, but we can help protect you and give you the best quality air that nature has to offer.

The best part about it is that most negative ions are safe, and studies indicate that they can even improve your health. Dr. Howard from the Center for Applied Cognitive Sciences in Charlotte, North Carolina, indicates that negative ions increase the flow of oxygen to the brain; resulting in higher alertness, decreased drowsiness, and more mental energy (Mann, D. 2002. Negative ions create positive vibes. WebMD Feature).

We have built beautiful homes for ourselves and our families, but in doing so we have also surrounded ourselves with too many fabrics like curtains, carpets, pillows and blankets that all create large amounts of dust in our homes. We have also brought a lot of electrical devices that produce static and create many positively charged ions.

OxyGi has developed a very precise Bi-Polar Needlepoint Ionization technology for you to enjoy. You can rest assured that with OxyGi you are always on the technology’s cutting edge! 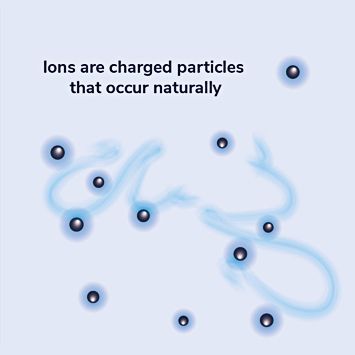 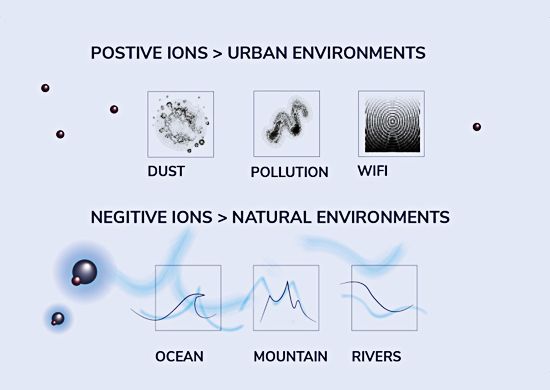 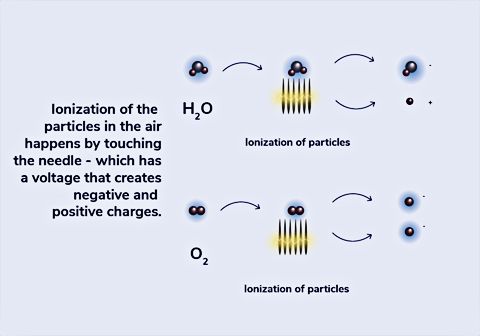 HOW DOES IT WORK?

The air is full of molecules. The electricity has free movement through these molecules. When the molecules come into contact with the device it splits them into ions (OH-, O-, H+)

EFFECT OF IONS ON DUST 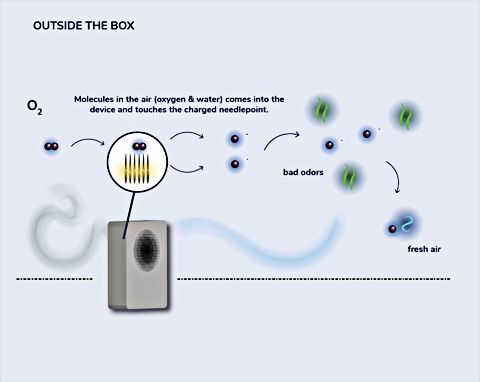 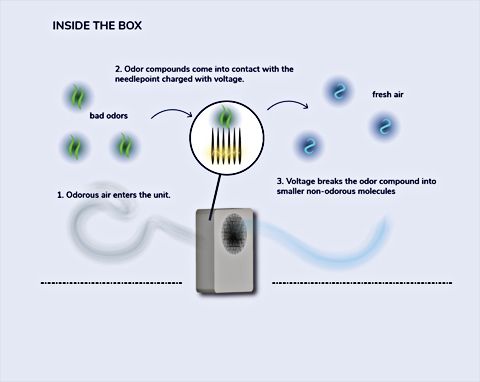