Room purification with ozonation is a modern technology of disinfection and removal of unpleasant odors in apartments, offices, restaurants, hotel rooms or any other industrial and residential premises and facilities. Despite the fact that ozone was discovered more than 230 years ago and is widely used in many industries, the technology of disinfecting rooms and removing odors with ozone came into simple homes from the hotel industry quite recently.

In five-star hotels, room ozonation is a part of the room cleaning routine after the guests have left. Upon general cleaning, rooms are treated with high concentrations of ozone. This treatment allows to simultaneously: 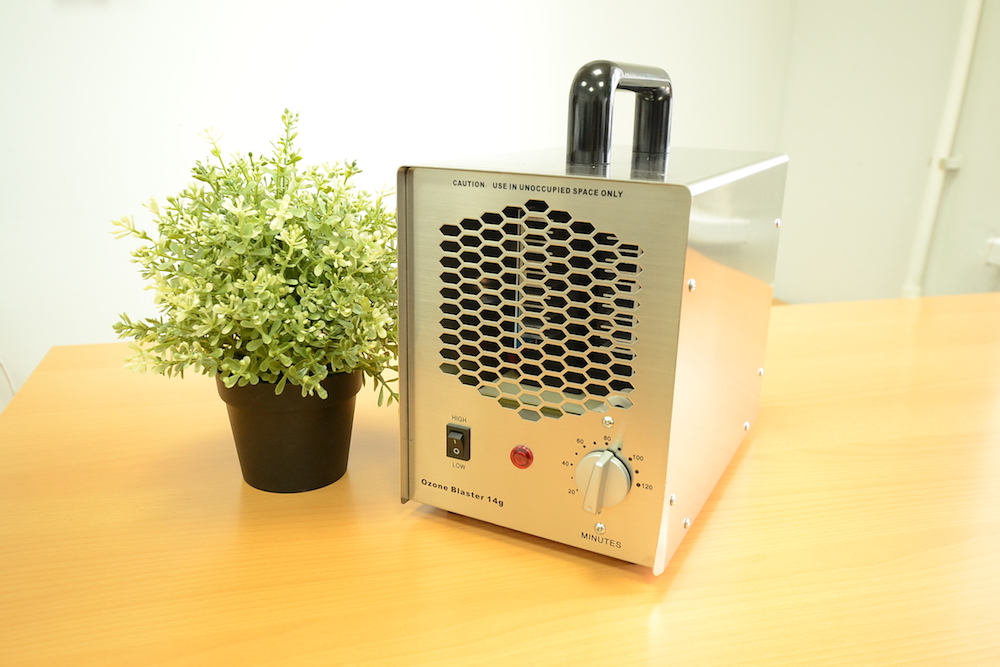 The principle of ozone treatment: an empty room is filled with gaseous ozone and then ventilated.

Another way to perform the air cleaning is by using a HEPA filter with ozonation function. After processing, without any additional actions, the room becomes sterile, and unpleasant smells disappear. 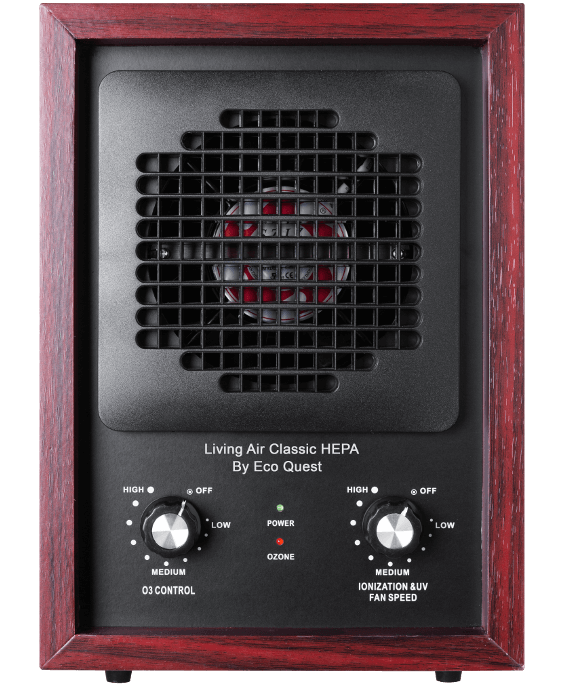 - it's safe. Ozone decomposes into oxygen by itself;

- does not leave harmful residue;

- does not cause allergies.

- ozone is, in fact, a gaseous disinfectant;

Ozone is a very safe agent. Upon disinfection, ozone returns to its original state - oxygen, which is absolutely safe for humans. Ozone is so effective that it is used as an oxidizing agent in rocket engines. 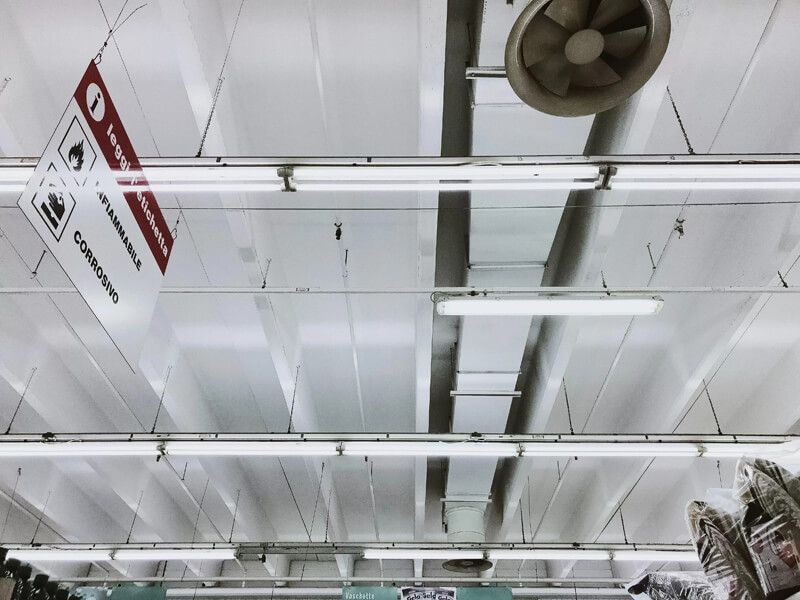 We recommend the industrial Vollara air ozonizer of the Ozone Blaster series with Maximum Ozone Output of 14000 mg/hr, with air consumption of 165 m3 / h, for ozonation of private premises or office facilities. Thanks to modern surface plasma discharge technology, this ozonizer is one of the most compact on the market, with only 40 W of electricity consumption. It allows not to overload the power grid, especially in shabby half-ruined buildings.

What about the Ozone itself? What do we know about it?

Ozone is a gas that is heavier than air. This is one of the forms of oxygen consisting of three atoms. Due to this structure, ozone is a powerful oxidizing agent, more active than chlorine. Ozone is an unstable gas and disintegrates very quickly, turning into simple atmosphere oxygen. Due to its activity and safety, ozone is very widely used as a disinfectant.

What is an ozonizer?

An ozonizer is a device that produces ozone. In most cases, ozone is produced by an electrical discharge. By performance and capacity, ozonizers are divided into household ozonizing air purifiers and commercial ones (industrial).

Continuous higher ozone concentration inhalation, such as coming from a domestic ozonizer, can cause serious health problems. So if you turn your ozonizer on and sit in front of it the whole day, it may impact your overall health condition.

To achieve the desired effect of air cleaning during ozonation, and in order to eliminate the negative effects of ozone on people: ozonation should be carried out in an empty room and you should air it right after! 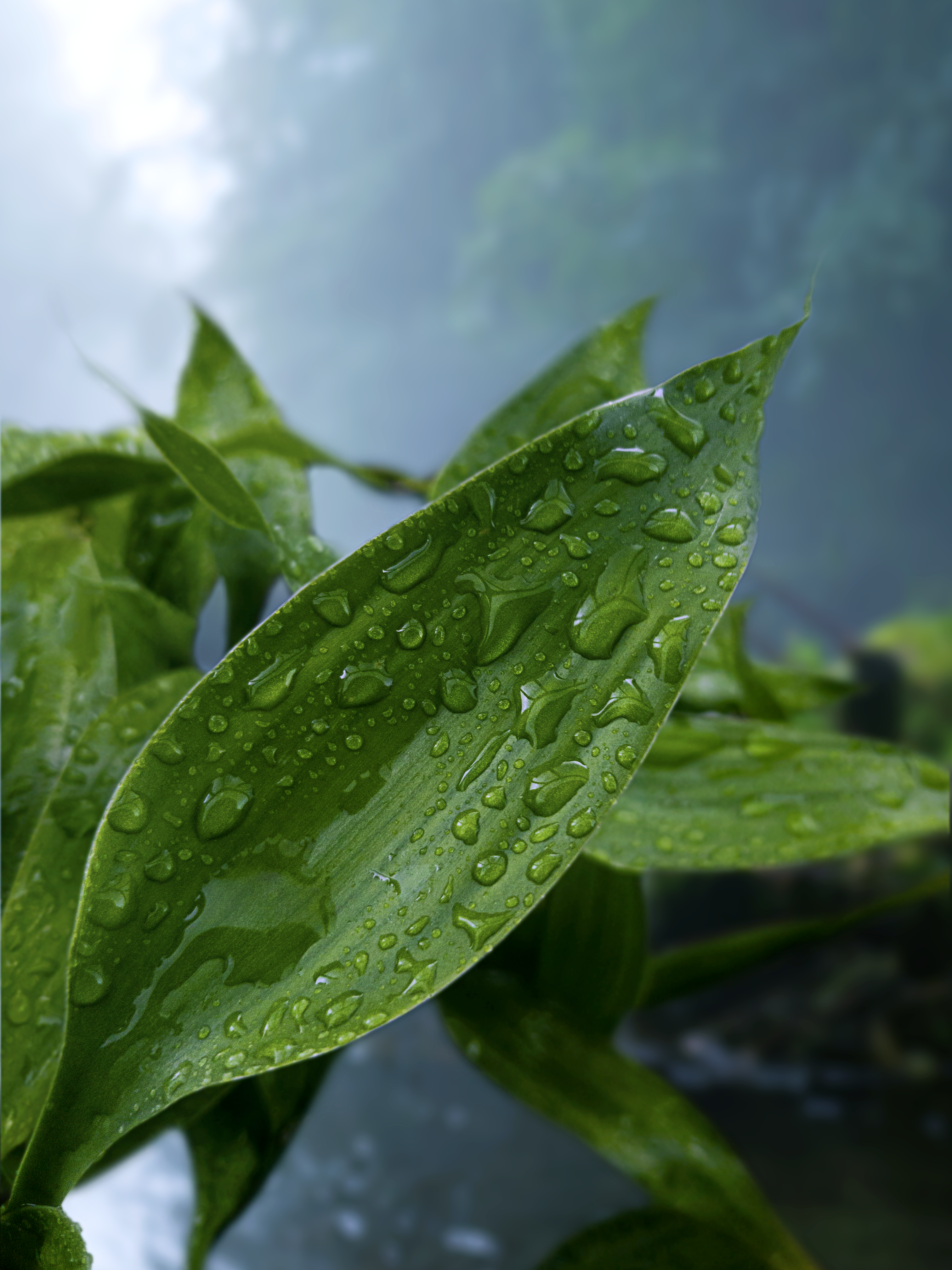 The most proximate association that occurs when our customers smell ozone is the scent that follows you after the rain. The smell of ozone is quite specific and is perceived very subjectively in every person.

Do I need a household air ozonizer?

Before you ask whether you need a home ozonizer, let's look closer into what is ozone, how ozonizer works, and what they are for?

Ozone - is one of the forms of oxygen and is a very active substance with a strong sterilizing effect. Ozone belongs to the group of oxygen-containing disinfectants, one of the most famous means of this group is hydrogen peroxide.

Technically, ozone is one of the most powerful ways to remove strong odors and scents indoors. So to do that ozonizers are used. These machines generate ozone indoors and force it into the air flow to clean your air.

A very practical approach in air purification industry was achieved back in the day when HEPA purifier producers topped each of their machines with a built-in ozonizer, making a purifier like that the strongest warrior against airborne particles, contaminants, bacteria, allergens, and virons.

The simple process that mimic’s ones nature has induces ozone production artificially to clean the indoor air. The high reactivity of this substance prevents ozone from storage. This is why it has to be produced at the time and place of air purification and evacuated right after the procedure has taken place. The efficiency of ozone is not questioned - it is a fact, confirmed by thousands of experiments and over 232 years since its discovery. It is a sure fact that bacteria, virons, mold, fungi disintegrate in the presence of ozone. It is strongly believed that there are no living creatures that can survive a close and dense ozone environment. Like any other disinfectant, the effectiveness of ozone is determined by the time of exposure and ozone concentration.

Although this is rather conditional, ozonizers are divided into household and industrial (commercial) ozonizing air purificators according to their performance. It would be correct to divide the ozonizers according to the degree of responsibility of the producers into those that can work in the presence of people and the ozonizers whose manufacturers forbid it to do so.

As well all know already HEPA grade air purifiers are the best ones. But what’s even better - some of them are now equipped with an ozonizer.

If ozone has a detrimental effect on viruses and bacteria, it is difficult to start and argue that ozone is unsafe for humans. But medical science knows that in high concentrations, ozone is a toxic gas classified as the first-class hazard The maximum allowed concentration of ozone for humans is 0.03 mg / m3, and the disinfecting effect begins at concentrations 10 times higher.

In addition, the performance of the air purifying ozonizer and the concentration of ozone substance ​​are variable, depending on many factors: the degree of wear of the electrodes, air temperature, the relative humidity of air in the room, impurities in the air, the number and nature of the surfaces contacting with the gas.


Do I need an ozonizer at home?

The conclusion is obvious and simple - a household air ozonizer is money spent. Consider the facts:

The way out is simple: to use an industrial air ozonizer with high performance in office buildings, medical facilities, laboratories, research hospitals, schools, and kindergartens.

Use home HEPA ozonizing air purifiers routinely, make sure people are absent from the room and air the room afterward.

The service ozonization of premises using Vollara ozonizers was introduced many years ago into simple peoples homes and stayed there ever since. It has repeatedly proven its effectiveness as a universal means of room sterilization, removing odors, and treating rooms during allergies.