The Difference Between Mold and Mildew Explained

Confusing mildew vs mold is rather commonplace, considering that both are fungi. Besides, the two thrive in warm humid areas with poor ventilation. But there are defining indicators that set them apart, which we’re about to cover in this article.

Molds are naturally-occurring fungal growths. Moisture and oxygen are the two most important factors for growth onset. Mold, mildue or fungi are the names of various representatives of commonplace fungi that can grow on a variety of surfaces, including indoor ones. All types of fungus can potentially cause different problems in the human respiratory system. The strength of these signs will depend on individual medical background conditions and will range fr om mild symptoms to life-threatening asthma attacks. Some fungal spores contain mycotoxin, a toxic substance that can cause breathing problems in practically any individual. And quite honestly, mold never makes your room smell nice.

How does mold spread?

Airborne mold spores are known to inhabit the air of almost any home. When indoor humidity rises, the fungus begins to develop on moist surfaces, producing spores.

Where can mold grow?

Mold can grow on a variety of organic and non-organic surfaces:

Mold, mildew, all types of indoor fungus can start spreading rapidly if you and your home have the following problems:

Mildew is usually white, can also be gray or yellow in color with a fluffy or powdery texture. It grows on wet and warm surfaces. Mildew is primarily a plant disease. Its two main types are the most common: 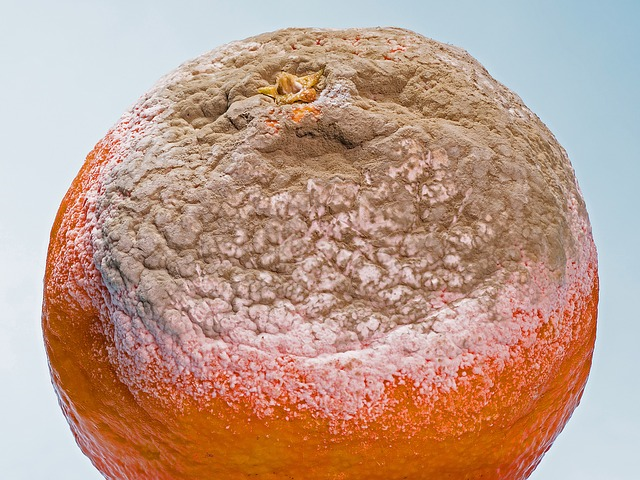 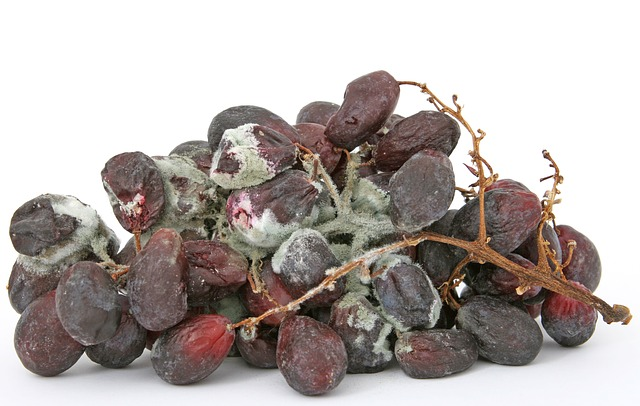 Mold is a colony of a unicellular fungus that develops from spores. There are zillions of those constantly present in the air. Spores "wake up" for intensive reproduction, as soon as favorable conditions come along: increased humidity and heat.

Mold fungi (mold) grow on concrete, paint or stone. If you see spots or dots of black, brown, blue or green, that’s probably it. It can get slimy or fuzzy at times. There are also luminous, phosphorescent fungal colonies, but they are not as deteriorating to the constructions. Mold destroys mostly finishing construction materials, penetrating through their surface, forcing more and more repairs, and sometimes reconstruction.  This is also the main reason why it is close to impossible to wash off mold from any surface and mildew can be swiped right off.

Here are the kinds of mold that are found in homes the most often: 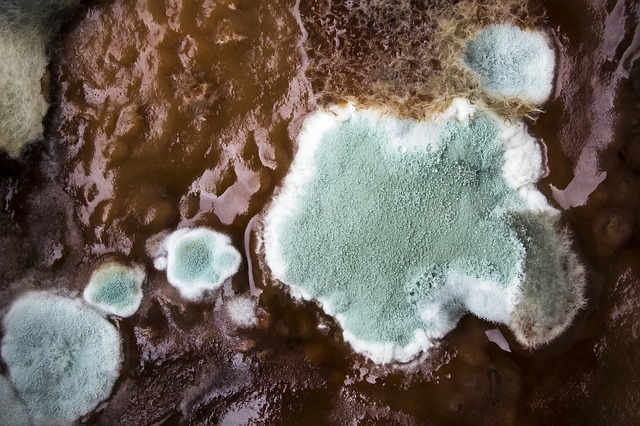 So, one of the answers to the question “what is the difference between mold and mildew” consists in the places of their natural habitat. Both of these fungi cultures can thrive in moist warm spaces lacking ventilation. Each of them seemingly has a different surface type of preference. Mold, for instance, likes to cling to construction materials more, it sticks to indoor and outdoor items and constructions that have gotten wet.

Mildew, however, likes food predominantly, grows on fruit and vegetables. It can also appear on paper and other materials, like leather or fabric, other dampened surfaces. It might also cover ceilings of mostly cold spaces that have recently had a jump in humidity and temperature. 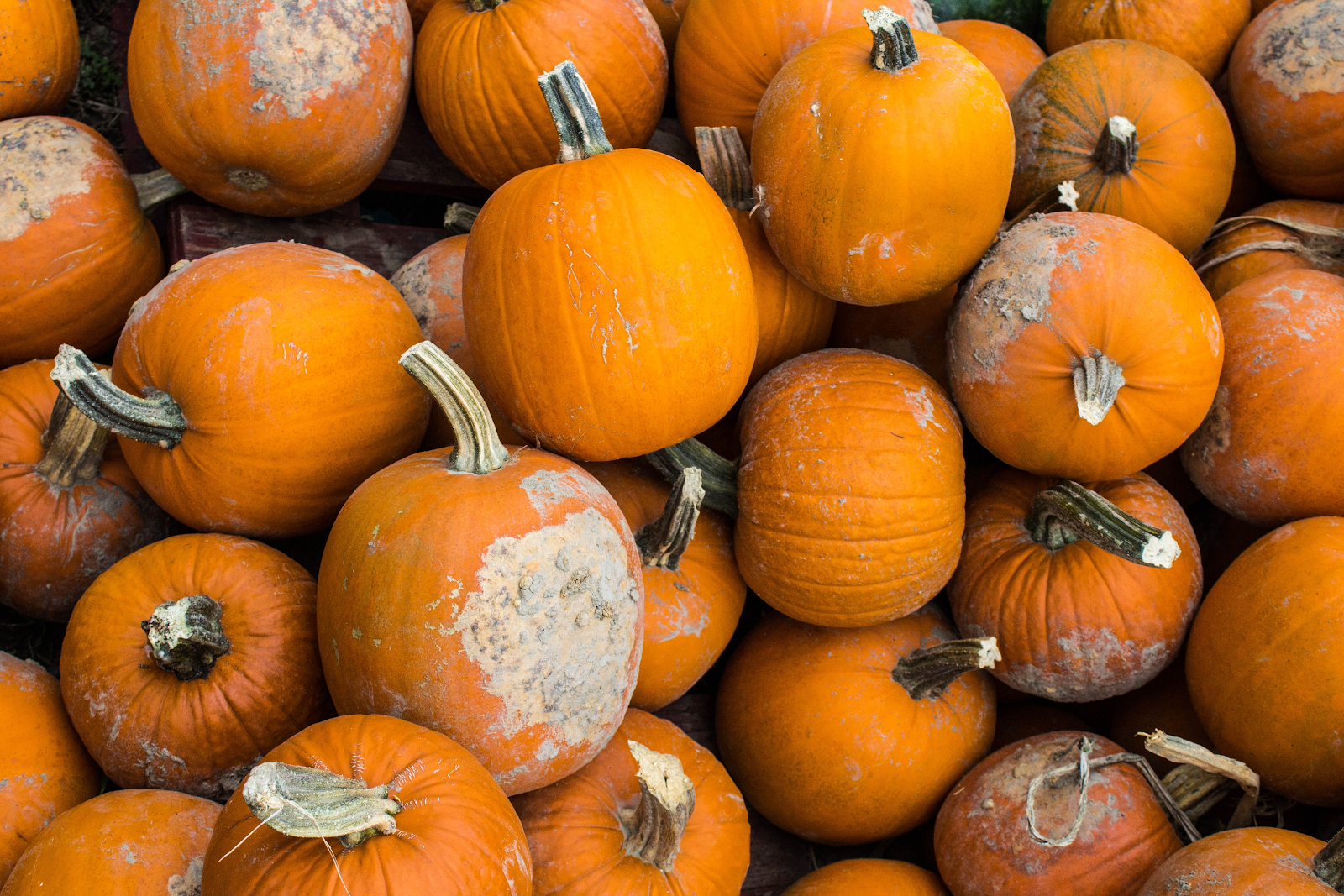 Why do mold and mildew appear?

The second place is taken by high humidity that contributes to the appearance of condensation so well. It is the latter that is an excellent medium for fungal reproduction and rapid development.

The third place goes to abrupt temperature drops. This often happens in new homes when the construction concrete mixtures have not yet dried completely. In this case, condensation gets onto the walls, contributing to fungus development. This is also wh ere this nasty musty smell comes from.

Black mold on the walls: health and home effects

The appearance of black mold in the house is purely an aesthetic issue at first. Over time, the wallpaper will begin to peel off, the wood will rot, the paint will peel off and fall off, and even concrete coatings may lose some of its strength.

Aspergillus niger or black mold has a detrimental effect on all surfaces it settles on. The spores of the fungus are easily transferred into the air and can easily settle on human skin or get breathed in. Spontaneous cough, itchy skin, poor health, rashes, and redness are only some of the symptoms of a person who is mildew sick or mold-sick.

Sometimes it takes a long time to identify a disease and its main reason. For patients who have black mold infestation at home, it is better to warn their therapist in advance.

If we talk about health issues that may be prompted by black mold, we have to, but mention lungs first. It will be initiated with a cough. It will progress into chronic bronchitis if the living conditions of the patient stay the same. The whole ordeal can end up in asthma. Some medicines prescribed in this case may bring temporary relief, but they will not save you from the disease.

What kind of diseases can mold cause? The common effects of mold are asthma, pneumonia, upper respiratory tract diseases, sinusitis, dry cough, skin rashes, upset stomach, headaches, nosebleeds. Some call it “mildew sick”. Most types of mold found in homes are pathogenic. Long-term exposure can lead to internal bleeding, damage to the kidneys and liver, emphysema. Ingestion of mold in humans, mold poisoning is called mycosis. Most laboratories nowadays can determine fungus allergies or mycosis in particular.

The most favorable place in the apartment for mold is the bathroom. Poor ventilation, high humidity, the door stays closed quite often — perfect conditions for spore spreading. As a rule, black mold in the bathroom appears at the joints between the tiles, on the sealant between the bathroom and the wall, on the walls and sometimes under the tile itself.

The kitchen takes the honorable second place for mold infestations. This room may have a weak exhaust hood, it may not be installed separately. Moreover, frequent temperature changes due to cooking, as well as constant washing and drying of dishes add favorable conditions for mold. Quite often, mold is provoked even by the constantly wet kitchen towels, that never have time to dry all the way through. In addition, let’s not forget about garages and cellars. Mold is absolutely commonplace in facilities like that. Slowly rotting veggies, constant dampness, lack of ventilation: all of these issues are quite hard to resolve in attics and cellars.

The fungus residing in the room is usually clearly visible to the eye. In most cases, limited areas affected by the fungus can be treated. The first step is to eliminate the source. It is necessary to ensure that the correct humidity is maintained in the room to prevent mold from recurring. To do this, identify the source of high humidity and eliminate it. It is a good idea to use a dehumidifier. Make sure the humidity levels stay above 60%.

To get rid of the toxins that remain in the air, even after the fungus is destroyed, use an air purifier. After the destruction of the fungus from affected surfaces is done, mold turns into many small particles with many of them spreading into the air. The particulate contains mycotoxin.

Mycotoxins: what are they?

Speaking about the effect of Aspergillus species on the human body, it is necessary to mention the concept of mycotoxins. They are toxic substances produced by mold that present a rather dangerous poison for humans, provoking a change in internal organs, as well as strongly affecting fetus during pregnancy. There is an opinion that mycotoxins contribute to the development of cancer. The appearance of mycotoxins in the human body (or mycotoxicosis), occurs just after eating mold-affected foods: nuts, legumes, beer, wine, etc.

Besides mycotoxicosis, there are also even more dangerous — aflatoxins. They are also produced, by mold spores. These substances are especially dangerous to animals and small children. An adult body is able to overcome the effects of this poison, but children do not have such strong immunity.

How to keep mold out of home? Conclusions

So let’s wrap it up by saying there are things you can do to prevent mold and mildew from entering your house:

If after reading this article you’ve realized that your family members may have symptoms similar to mold/mildew intoxication, respiratory allergies or bronchial asthma, we strongly recommend turning to your therapist for general medical screening and an immunologist for allergies. Other than that, this basic advice should keep you and your home safe from both: mildew and mold.