Why Your Kitchen Air May Be Surprisingly Hazardous

Is there any better smell than the smell of your favorite food simmering on the stove? That's the reason why home-cooked meals hold a special place in many people's hearts.  For centuries, cooking has been used to communicate with loved ones, to impress potential suitors, and to take care of family members. However, can it be a source of air pollution in your home? Below, we'll talk about the sources of air pollution you may find in your kitchen and what you can do to protect the air quality in your home.

What pollutants in indoor air may be hazardous to your health?

Many people live without realizing the environmental risks that surround them until they start having health problems. In fact, building materials, furniture, textiles, appliances, and more can be hazardous. So how do you figure it out and find the main enemies of your home?

Many people have faced mold in the house, and it's no secret that its appearance does not bode well. But in addition to the bad appearance, it causes serious damage to health. The fact is that it generates a large number of tiny spores that fly in the air and get into the respiratory tract. In many people it causes allergies, and at high concentrations of fungi, bronchitis and asthma can occur.

Usually, mold develops in humid places, so the main reason for its appearance is considered a lack of microclimate control and competent ventilation.

That is the conclusion: if you want to prevent mold from developing, you must identify potential locations (usually the bathroom and kitchen), provide sufficient ventilation, and avoid humidity levels greater than 70%.

If mold has already appeared, you can't just wash it off, because microscopic spores can penetrate deep into the wall. And that means that in this place it will appear again after a while. The only way for a full removal is to remove the entire affected layer of plaster and treat the wall with a special antifungal composition.

The other enemies are not so obvious, because they are often invisible and inaudible. The first of these enemies is air pollution in the apartment. And contrary to popular belief, street air is much cleaner than indoor air. This occurs mainly due to the fact that the sources of air pollution in the house are construction materials, furniture, decoration, and simply the activities of people, and people usually do not provide any means of purification.

The easiest and most effective way to combat this enemy is the initial choice of safe materials. But to do it without the help of a professional is difficult, in addition to the ecology we have accepted to think about after the fact.

Therefore, it is usually necessary to deal not with the prevention of the problem, but its elimination. As a result, special purifiers, indoor plants, extra ventilation or simply active airing are used to clean the air. All these methods, especially in combination, work quite effectively, but prevention is always cheaper and more convenient.

Your home was built to protect you from outside influences. Unfortunately, the walls and roof that keep your home out of the rain, wind, and sunlight are also great at keeping air pollutants inside. In fact, the EPA estimates that indoor air quality can be two to five times worse than outdoor air quality. So what is one of the main contributors to poor indoor air quality? Kitchen. 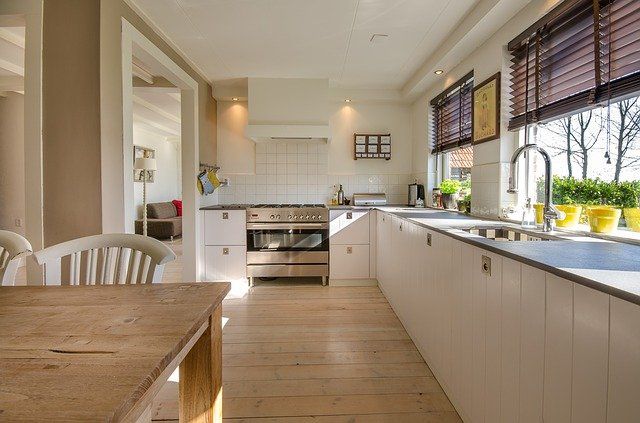 Combustion produces ultrafine particles such as fat droplets, cooking water vapor, and various organic compounds in the form of condensate. Studies have shown that carbon dioxide concentrations are significantly higher in homes with gas stoves rather than electric stoves. Also, levels increase when cooking for long periods of time. Electric stoves do not produce as much air pollution as their gas counterparts, but contaminants can be released from the food itself during cooking, regardless of the presence of a gas flame.

Ovens are also sources of pollution, especially self-cleaning models, according to a 2001 California Air Resources Board study. Burning food waste releases potentially harmful concentrations of particulate matter, NO2, carbon monoxide, and formaldehyde into the air.

Proper ventilation, installation, operation, and maintenance of stoves and ovens are necessary to minimize harmful effects. Moreover, even opening a window during cooking or using mechanical ventilation devices, can help filter out pollutants.

The method of cooking can affect air pollution in the kitchen. Cooking with oil, including grilling or frying, generally contributes more pollution than cooking with water (boiling or braising) because it releases more particulate matter.

The smell from browned food (steaks or toast) may be appealing, but the components released from cooking that create that smell are a source of contamination.

A study conducted in Sydney, using air quality resources from Dyson, found that NO2 and PM2.5 levels increase when food is grilled (barbecued). Simple measures, such as cooking with water when possible and minimizing the use of polluting cooking methods, can also minimize harmful effects on air quality.

The type of food and its cooking temperature also affects the concentration of pollution. Stronger emissions are seen at higher temperatures, while greasier ingredients have also been found to contribute to more pollution.

The air quality in your kitchen depends not only on how you cook but also on what you cook. For example:

The type of oil used in cooking affects the concentration of pollutants; in general, oils with higher combustion temperatures emit less particulate matter. Research shows that olive oil is one of the strongest pollutants, emitting the most particles into the air.

What to do if the air quality is hazardous? 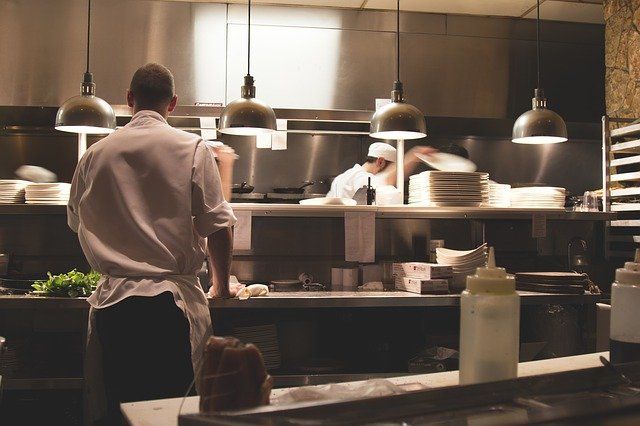 Just because cooking can cause air pollution in your kitchen doesn't mean you should switch to restaurants or food delivery. While you won't be able to make all of the changes listed below, any step you take, even the smallest one, can help improve your home's air quality while cooking.

While the concentration of pollutants in your kitchen can quickly reach harmful levels during cooking, it should not prevent you from enjoying a home-cooked meal. Careful kitchen choices, especially in the area of ventilation, can help preserve the air quality in your home while you cook all of your favorite foods.