Do indoor plants purify the air?

Even a small number of indoor plants can help to improve air quality indoors. One mature, vigorous plant in a pot with a diameter of about 12-16 cm can do a good job of cleaning the air in a room of about 10 square meters.

Increasing the number of plants, their sizes, and and choosing good locations for them can significantly affect the air quality in your home. Remember that the larger the plant is, the greater the amount of leaf surface it will have, giving it a greater air cleaning ability. Your plants should be evenly spaced within each room and kept in areas with sufficient light and heat.

Also, make sure that your plants are healthy, as unhealthy plants have much less ability to purify air. And since the roots and microorganisms living in the soil also help neutralize harmful substances,  avoid stagnant water in the soil. 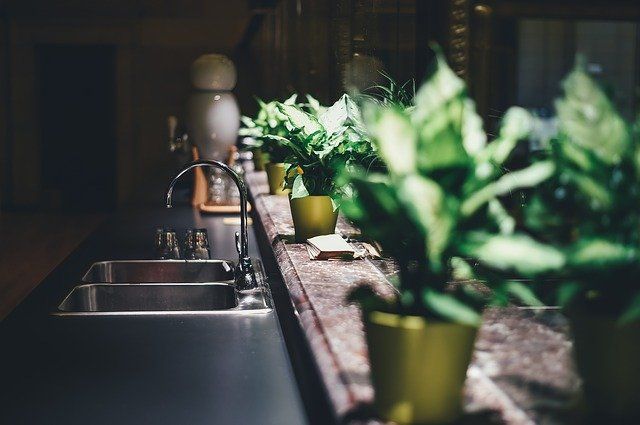 In today's world, the problem of cleaning the air in your home or apartment is becoming more and more important. Many harmful substances surround us, both outdoors and indoors. This is why people are increasingly trying to find plants that help purify air. Another benefit that you may remember from school is that plants absorb carbon dioxide and produce oxygen. And some kinds of houseplants can neutralize gases that are dangerous to humans.

Many of our grandmothers kept aloe plants in their homes. Aloe juice has medicinal properties, so it is widely used in folk medicine. But that is not aloe’s only useful property. Aloe cleans indoor air very effectively, and absorbs up to 90% of the formaldehyde inside the room the aloe is in.

Aloe is an easy plant to grow and prefers indirect sunlight. Since it is a succulent, it only needs water once a week.

Ficus is indispensable for air purification. It absorbs benzene, formaldehyde and ammonia. In addition, it effectively cleans the air of dust.

Ficus does not require any special care. It can grow in the sun or partial shade. It should be watered 2-3 times a week in summer, once a week in winter. You’ll need to dust its leaves regularly.

This air-cleaning plant’s formal name is Sansevieria, but its commonly called "mother-in-law's tongue and “snake plant." Because of its ability to produce oxygen, it is considered one of the most important plants in the world. But this is not its only value. Sansevieria reduces the content of microbes in the surrounding air. In addition, it absorbs many dangerous impurities, but not ammonia. "Mother-in-law's tongue" is often seen in offices.

Taking care of this plant is not difficult, even for the those of you who are in lack of the time. Like all succulents, it does not require frequent watering. Just water it once a week with warm water.

Spathiphyllum is also known as the "peace lily." Thanks to its wide, dense foliage, this plant is able to reduce many toxins in the air, including ammonia. Spathiphyllum also increases humidity in the air.

This plant is fairly shade-tolerant and does not require placement on a windowsill. It will grow in medium light. Spathiphyllum likes abundant water every 2-3 days.

These plants are good for cleaning the air of various chemicals, and since most people use household cleaning chemicals, the begonia is a must-have on the windowsill.

This plant can neutralize formaldehyde vapors indoors. It also absorbs trichloroethylene and benzene, which may enter your home from the street air, or from cleaning agents and household chemicals.

This air-cleaning plant removes hazardous substances such as xylene and toluene, which are often emitted by hardwood flooring. If you have hardwood floors in your room, dieffenbachia will be a useful addition to your home. Also, this plant effectively absorbs formaldehyde.

This plant is also easy to grow. It adapts to any type of lighting and it only needs water once a week.

If smokers live in your home, we recommend that you consider having this plant. It absorbs the tar of tobacco smoke and nicotine. Also, schefflera neutralizes benzene, formaldehyde and toluene.

Schefflera will grow in any light. Water this plant moderately once a week.

Geraniums are excellent for purifying the air indoors. These plants fight various harmful microorganisms, and clean the surrounding air. They also kill staphylococci and streptococci. Also, the flower contains useful essential oils that soothe the nervous system and normalize sleep.

Taking care of geraniums is not complicated. Provide good lighting and plenty of water.

Chlorophytum, or the “spier plant,” is a must-have for people living in large cities as it absorbs exhaust fumes. Also, it removes the products of burning gas. If you have a gas stove, it is recommended to place the flower on the kitchen windowsill.

Taking care of this plant is simple. It prefers bright indirect light and needs water once a week.

When choosing indoor plants for your home, be sure to familiarize yourself with their useful properties. And remember that plants need to be healthy to purify the air effectively. It’s important to take care of the plants that purify your air.

There are many other plants that help to purify the air, and some are recommended by NASA. 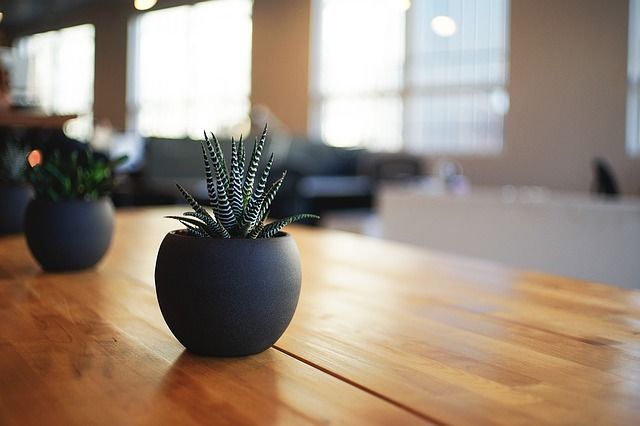 What plants does NASA recommend?

In 1989, NASA launched a NASA Clean Air Study to determine the best indoor plants for cleaning ambient air on a space station. Scientists found that indoor air contains particles of harmful volatile organic compounds including trichloroethylene, benzene, ammonia and others. To clean the air, experts recommend placing certain plants in the rooms, as the right plants can neutralize up to 85% of indoor air pollution.

This plant helps humidify the air and saturates it with purified water vapor. It actively absorbs xylene and toluene and converts them to compounds that don’t harm humans.

This brightly colored flowering plant effectively removes trichloroethylene, formaldehyde and benzene from the air. It loves heat and sunshine.

The plant effectively cleans the air of formaldehyde and benzene, and Scindapsus tolerates shade. But this is a poisonous plant, so it should be kept away from children and animals.

This Chinese evergreen is an indoor plant that effectively cleans air of toluene and benzene. It grows in low light and likes moist air. But be careful. Its sap and berries are poisonous.

This plant filters benzene, xylene and toluene from air. It is best placed near furniture that is coated with paint and its harmful compounds.

The plant’s rich foliage and small white flowers actively fights benzene, formaldehyde, carbon monoxide, and xylene. Another reason to own this plant is safe for children and animals.

Are houseplants good for oxygen?

Plants that clean air absorb carbon dioxide produce oxygen, there's no doubt about that — but how many houseplants does it take to get noticeably more oxygen in the air? Humans consume about 550 liters of oxygen per day. Various factors influence how much oxygen a plant produces, including its size and the light on its leaves. It has been calculated that 22 liters of oxygen will be released while the plant's mass increases by 150 grams — and to get 550 liters per day, the growth must be 3.75 kilograms per day.

It has been said that the quality of oxygen is higher in green spaces - but it doesn't make sense. Oxygen is just a molecule of two atoms, and it can't be low or high quality. In addition, plants not only do photosynthesis, but they also breathe - that is, they absorb carbon dioxide and produce oxygen. It has been shown that the amount of oxygen that plants add to the room atmosphere is negligible compared to the respiratory needs of humans.

Also, some houseplants can be toxic to humans and/or pets. Be sure to keep such plants out of reach of children and your parrots, dogs, and cats.

If you do not have enough patience or time to care for plants,there is an alternative. You can invest some money and buy an air purifier to improve the air quality in a room. Despite the cost, it should be much cheaper than paying the cost of medical bills due to poor air quality.